ManageEngine Desktop Central is an integrated desktop and mobile device management application that helps system administrators in managing servers, clients devices and mobile devices from a central location. The software includes functionality for patch management, software deployment, remote control and many other features to manage IT assets and configuration. ManageEngine Desktop Central is managed through a web application that is running on port 8383 on Metasploitable 3.

Let’s start with running an Nmap service scan on the Metasploitable 3 target to get an overview of the services that are running on this machine. Instead of scanning the Nmap 1.000 common port range we will be running the scan on all 65.536 TCP ports by adding the -p- flag to the command. Start the scan by running the following command: 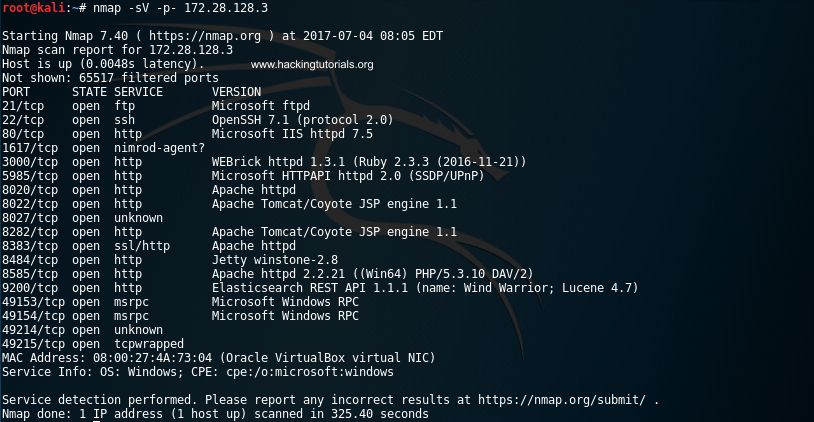 The scan results indicates that the Metasploitable 3 machines is running a lot of services, including an Apache HTTPD service on port 8020 and port 8383.

Let’s verify that Apache is running the ManageEngine Desktop Central 9 web interface by accessing the following URL from a browser: 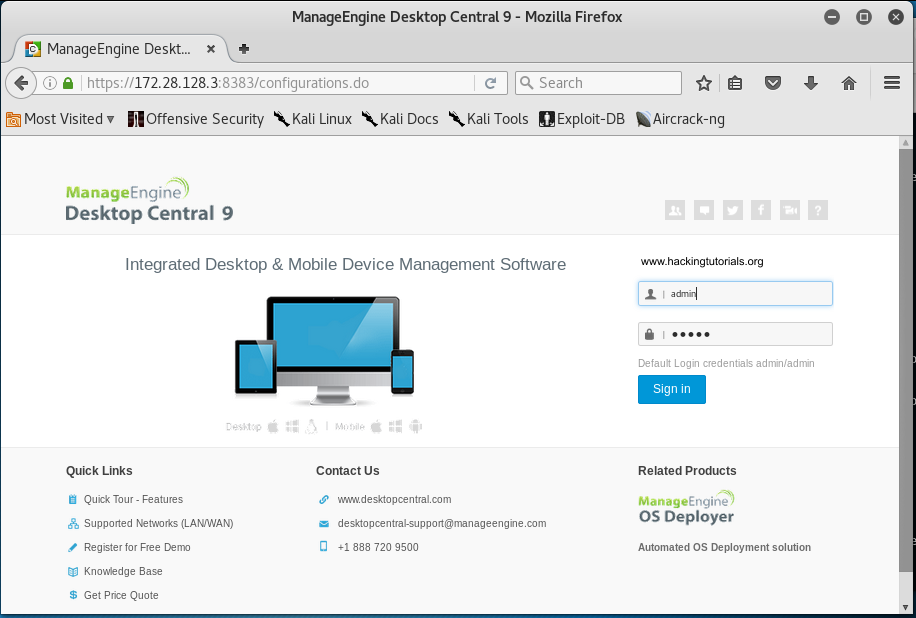 When we access the URL using the browser we are presented with a login page. The login form at the right side of the page indicates the default credentials. We only have to press the ‘Sign in’ button because the credentials have been entered in the login for already: 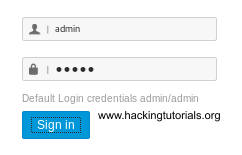 Clicking the ‘Sign in’ button takes us to the Desktop Central 9 administrator page.

From this point on it should be easy to turn this new access level in a shell on the target machine. This can usually be done by locating known vulnerabilities or by (mis)using the default functionality on this software. Especially on sensitive and feature rich applications like Desktop Central this should not be too hard. To turn regular functionality into a shell we should be looking out for functionality to upload files, install plugin’s, edit system files and anything else that allows us to execute code or commands on the target system.

Note: The administration page can be accessed over the HTTP port 8020 and the HTTPS port 8383 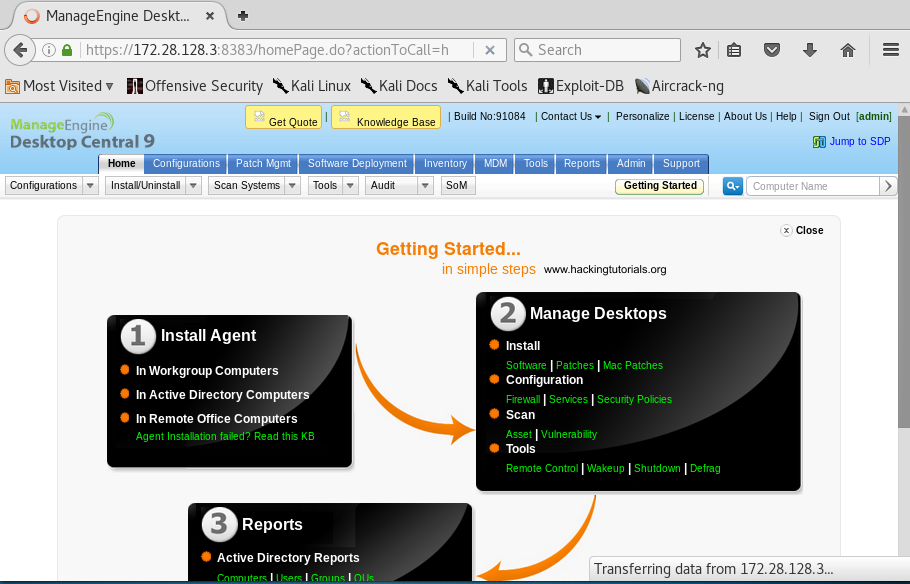 When we search Google for known vulnerabilities for this version of Desktop Central and exploit code we quickly end up on the following page on the Rapid 7 website:

As we can see the version and build number exactly match the numbers on the administration panel. Let’s run this exploit from Metasploit in the following section.

Run the following command on msfconsole to select the ManageEngine Desktop Central exploit we’ve found earlier on the Rapid 7 website: 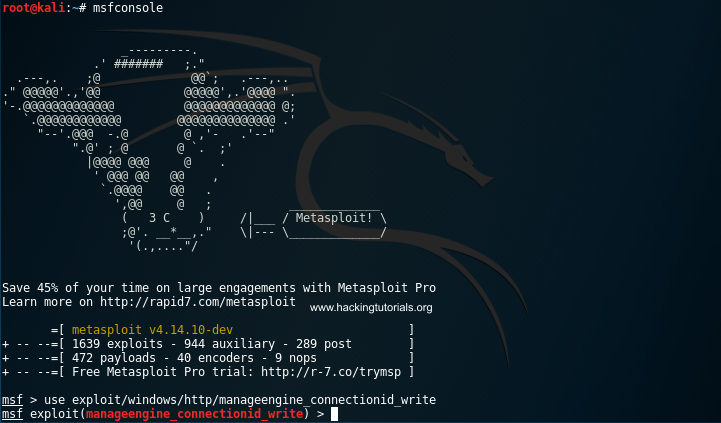 The ‘show options’ command reveals that we have to set 3 required options:

We’ll keep the targeturi and rport values default. This requires us to only set the target host parameter by running the following command:

Finally we specify the payload and its required fields with the following commands:

Finally type ‘run’ or ‘exploit’ to execute the exploit.