In the upcoming 6 hacking tutorials we will be talking about basic malware analysis and we will start with discussing the many different Basic Malware Analysis Tools which are available. A Malware Analyst is someone highly skilled in reverse engineering malware to get a deep understanding about what a certain piece of malware does and how it does it. To become a malware analyst it is important to have a good understanding of operating systems, software, networking, programming in general, malware in general and assembly language. Assembly language is the low level programming code between the high level programming code and the machine instructions. In other words: it translates the high level language into machine instructions which will be processed by your computers hardware.

For now the Malware Analysis Tutorials will be divided in 6 subjects and will be released the upcoming few weeks:

As promised we’ll be looking at the following basic malware analysis tool: PEiD, Dependency Walker, Resource Hacker, PEview and FileAlyzer. For your convenience we will supply a download link for the tools as well so you can get your malware analysis toolbox ready for the upcoming tutorials. Be sure to subscribe to our newsletter as we will be updating this list and our toolbox along the upcoming tutorials. 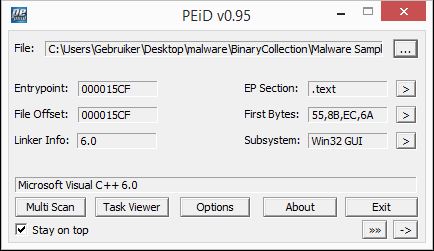 PEiD is a small application which is used to detect common packers, cryptors and compilers. Malware writers often attempt to pack or obfuscate their malware to make it harder to detect and to analyse. The current version of PEiD can detect over 470 different signatures in PE files which are loaded from a txt file called userdb. The official PEiD website is not active anymore but you can download PEiD-0.95-20081103 from Hacking Tutorials using the following download link: PEiD-0.95-20081103.zip (70400 downloads)

You need to replace the userdb.txt file with the following file to add the signatures; [Download not found] 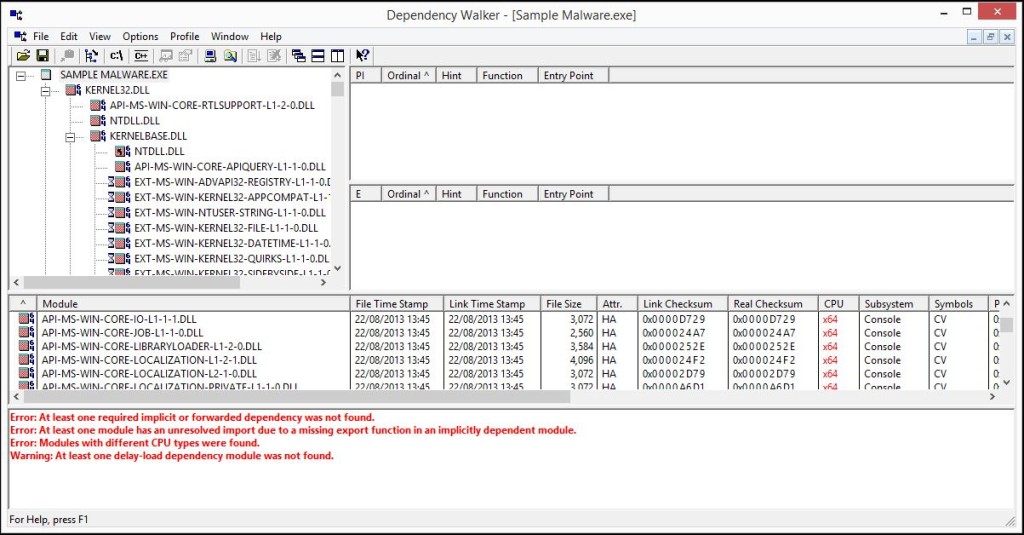 Another great basic malware analysis tool is Dependency Walker. Dependency Walter is a free application which can be used to scan 32 and 64 bit Windows modules (.exe, .dll, .ocx, etc.) and is used to list all the imported and exported functions of a module. Dependency Walker also displays the dependencies of the file which will result in a minimum set of required files. Depency Walker also displays detailed information about those files including the filepath, version number, machine type, debug information etc.

Dependency Walker can be downloaded here. 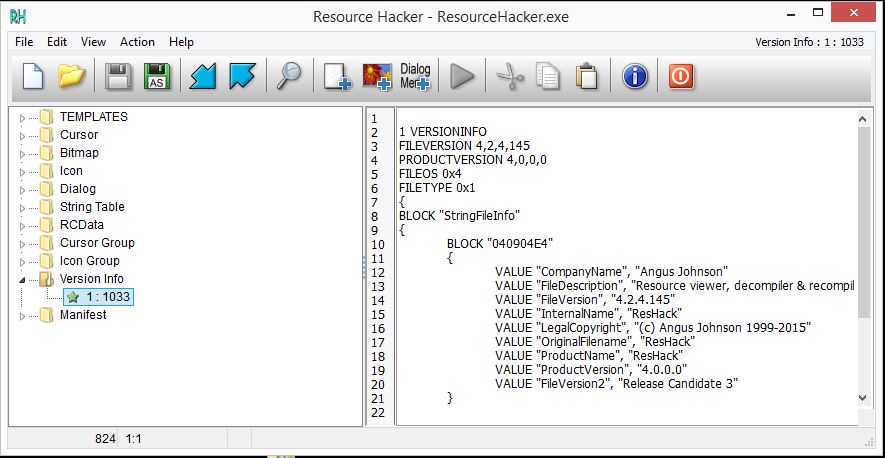 PEview is a free and easy to use application to browse through the information stored in Portable Executable (PE) file headers and the different sections of the file. In the following tutorials we will be learning how to read those headers when we’re examining real malware. 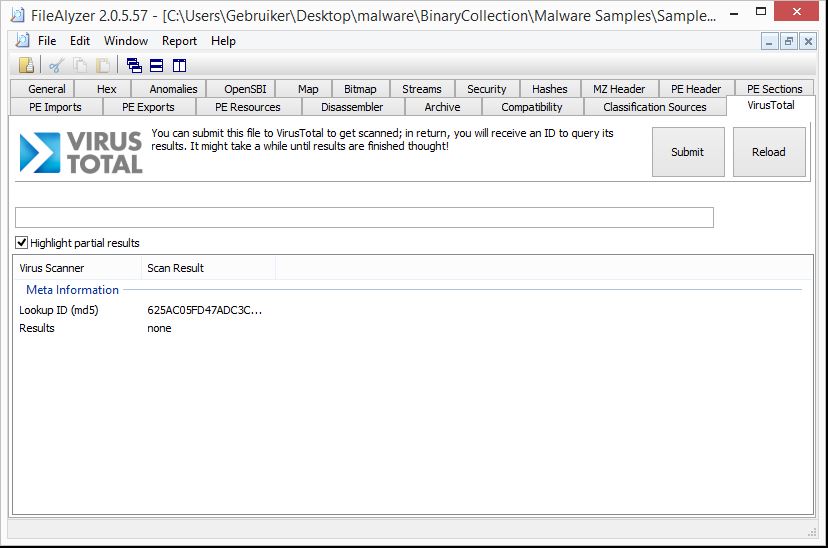 FileAlyzer is also a free tool to read information stored in PE file headers and sections but offers slightly more features and functionality than PEview. Nice features are the VirusTotal tab which can be used to submit malware to VirusTotal for analysis and the functionality to unpack UPX and PECompact packed files. And yes, Filealyzer is a typo but the developer decided to stick with the name which is kinda cool in our opinion.

Needless to say is that we’ve covered only  a very small portion of the Basic Malware Analysis Tools available. In the upcoming few days we will be adding more tools for you to download and explore so be sure to subscribe to Hacking Tutorials to stay informed about updates. If you have any questions regarding the tools we encourage you to ask them here. Also let us know when you have suggestions for other tools. You can do so by replying to this post.

Thanks for reading and see you in the next chapter: Dynamic Malware Analysis Tools

If you’re interested in learning more about reverse engineering, malware analysis and exploits, you can follow any of these online courses:

How does antivirus software work?