In order to work with the new script in Websploit you have to replace the script in the following directory in Kali Linux with the downloaded script:

Open a new terminal and start websploit with the following command: 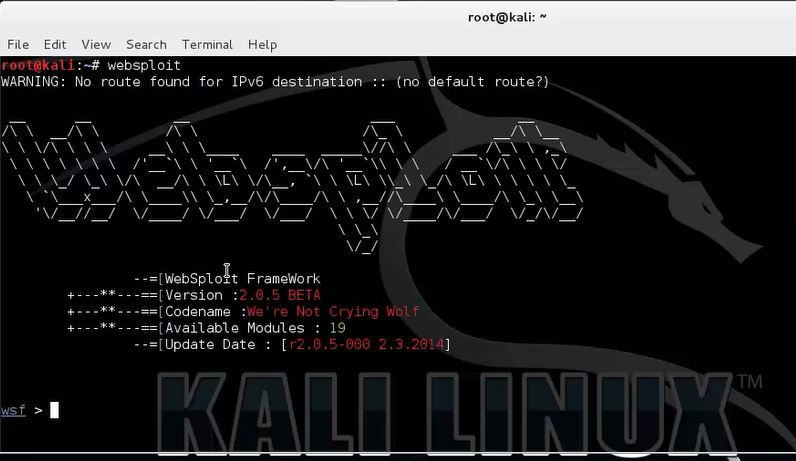 Use the following command to show an overview of available modules from which we will select the Websploit WiFi Jammer module:

Use the following command to set the wifi/wifi_jammer module from the Wireless / Bluetooth modules section so we can configure the necessary parameters:

Type the following command to show the available options for the Websploit WiFi Jammer module: 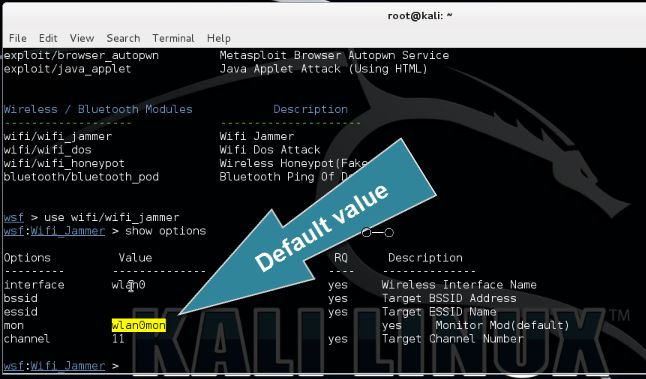 We need to specify the target’s BSSID, ESSID and the channel on which the access point is broadcasting. Also change the wireless interface and monitoring interface if needed. The default values for these parameters have been set to wlan0 and wlan0mon according the new naming format.

To determine the target’s BSSID, ESSID and channel you can use a tool like aircrack-ng or similar. It is beyond the scope of this tutorial to explain this process in detail. The following tutorials teach you how to use Airodump-ng which provide you with the necessary details (or watch the video tutorial at the bottom of this post):

How to hack a TP link WR841N router wireless network

How to hack UPC wireless networks and other WLAN pt 1

Use the following set command in Websploit to set the parameters:

Now type run to start the WiFi Jammer module on the specified target:

We’ve mentioned ‘connected clients’ a couple times throughout this tutorial. Note that a connected client can be anything from a regular desktop PC to WiFi Security cameras, home automation systems and any other system using WiFi for data transmission and operation. This is one of the many reasons why you should not us critical devices on wireless networks but use wired networks instead.