CAINE stands for Computer Aided Investigative Environment and is a live Linux distribution that offers a complete forensic environment. Caine 8.0 has a nice graphical user interface and contains a lot of digital forensic tools to aid in the process of digital investigation. Including some tools to report the results of your digital investigation. The latest version is Caine 8.0 which is based on Ubuntu 16.04 64 bit and was released in late 2016.

In general I am a big fan of Kali Linux which also includes a fair share of digital forensic tools. But since I want to learn about some specific digital forensic techniques I decided to go for a Linux distribution focused on forensics only and write a small tutorial about it. I also prefer to use virtual machines instead of live CD’s as they’re easier to manage and maintain. In this tutorial we are going to install Caine 8.0 on a virtual machine and run it from the virtual disc instead of a live CD. The live CD contains a tool called SystemBack which we will be using to install Caine on the VM’s virtual hard drive.

Setting up the Caine 8 VM 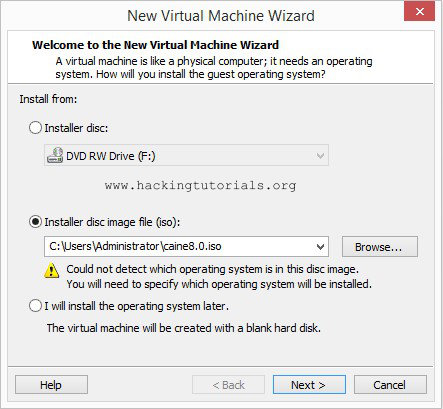 In the next screen select Linux as guest operating system and choose for Ubuntu 64-bit as the version: 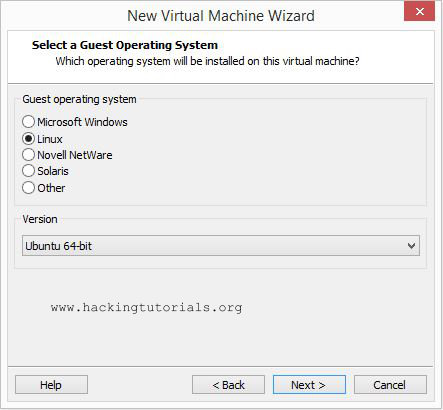 Name the virtual machine and specify the location to store the VM: 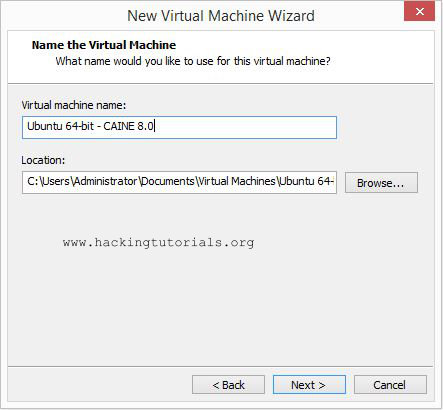 Store the virtual disk as a single file and use the recommended disc size:

Keep the default hardware settings (or give the VM a little more memory) and press finish: 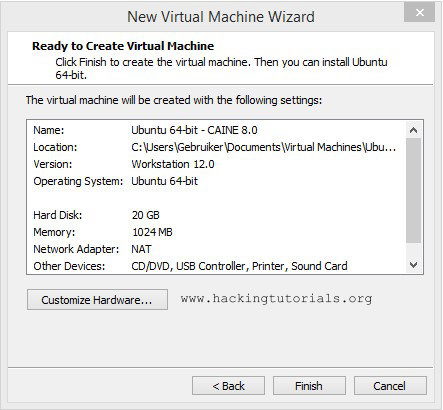 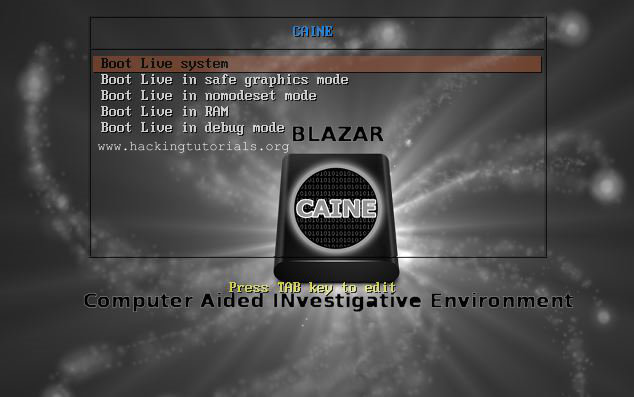 Caine 8.0 will now boot from the Live CD, be patience as this may take a little while. After the live CD is booted you will be presented the Caine 8.0 desktop. If you’re presented with a command line than type ‘startx’ to start a desktop session.

Caine 8.0 boots with a default resolution of 800×600 which is a little small to work effectively. You can change the screen resolution by going to menu > System > Preferences > Hardware > Displays:

Select sda1 (use the small selection box before the device name) and press the OK button:

This will change the device status from Read-Only to Writable.

The next step is to start the SystemBack tool, which is located on the desktop, and choose for ‘System install’ in the menu on the right side of the following window:

Than we need to create a new system account for the system install. Enter the requested information and press the ‘next’ button: 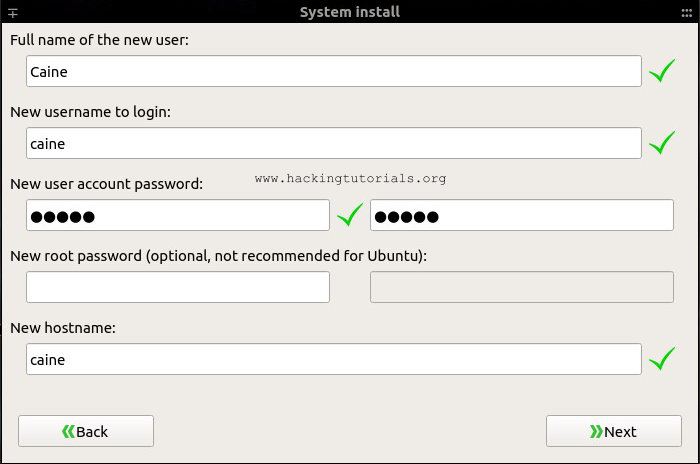 Setting up the Caine 8.0 partition

Now we have to create a partition to install Caine 8.0 on. Select the /dev/sda partition and press the ‘Delete’ button. We will be creating a new partition on the virtual disc in the next step: 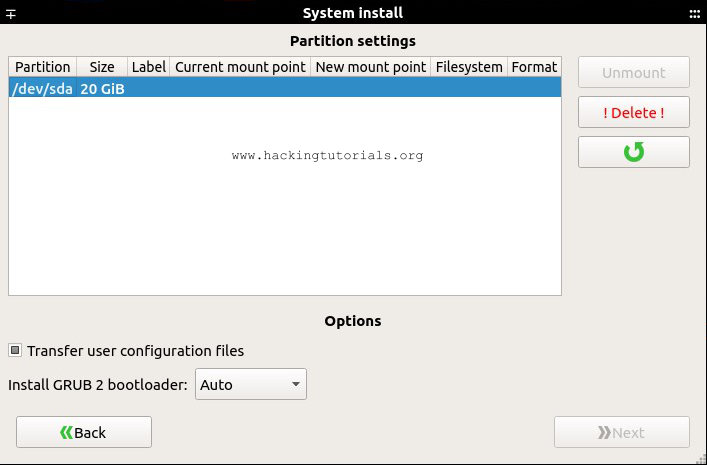 Then select the /dev/sda? Partition and press the left arrow button:

Now choose the root directory as mount point (/) and keep the default filesystem ext4. Nowadays it’s better to stick with an ext4 filesystem instead of ext3 because it supports a larger individual file size (16 TB instead of 16 GB) and overall file system size among some other benefits.

Install Caine 8.0 on the virtual drive

You will now be asked to install the system from the live image with the following dialog screen. Confirm by clicking the ‘start’ button:

The installation process will start now:

After the installation process is finished reboot the system and remove the live CD iso. You will have a clean installation of Caine 8.0 Blazar now booting from the virtual drive instead of the Live CD.