In this tutorial we are going to do a pixie dust attack using Reaver 1.5.2, Aircrack-NG and Pixiewps. Pixie Dust attack is an offline attack which exploits a WPS vulnerability. The tool, Pixiewps, is written in C and works with a modified version of Reaver. When a wireless router is vulnerable for this attack retrieving the passphrase can be done in seconds. A link to the list of pixie dust vulnerable routers is included at the bottom of this tutorial. 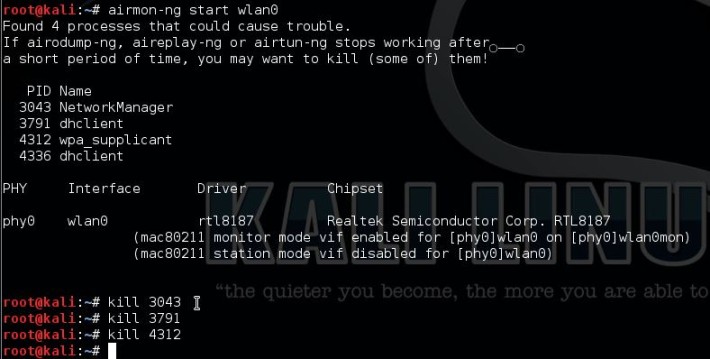 For anyone getting the following error in Kali Linux 2.0 Sana:

Try the following as a solution:

Start airodump-ng to get the BSSID, MAC address and channel of our target.

Now pick the target and use the BSSID and the channel for Reaver:

This router does not seem to be vulnerable to pixie dust attack.

When using the -P (Pixiedust loop) option, Reaver goes into a loop mode that breaks the WPS protocol by not using M4 message to avoid lockouts. This option can only be used for PixieHash collecting to use with pixiewps.

Database with routers vulnerable to the pixie dust attack:

This course contains 50 Videos to learn practical attacks to test the security of Wi-fi and wired networks from scratch using Linux. Read more…

40+ Videos to learn how to use Android to test the security of networks and computer systems. Read more…